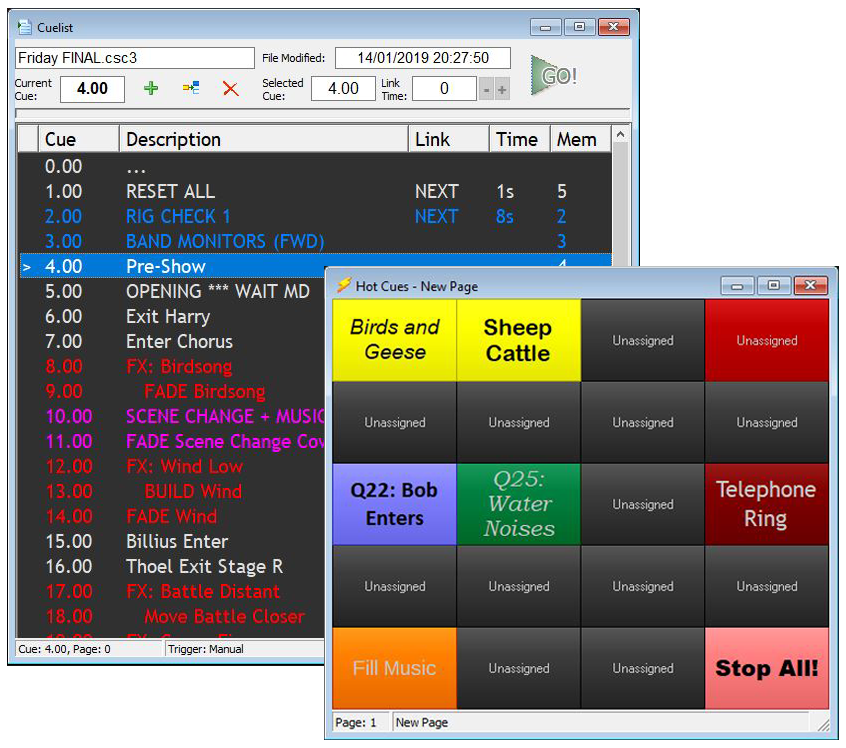 CSC is a complete Theatrical/Live Sound Show Control Software package for Windows 7/8/10. It can be used to tie together all aspects of live sound control, and enable performances far more complex than could ever be dreamed of using traditional human control.

Shows can be designed using cuelist methodology, for sequential events to be triggered, or for one-off, less predictable events, pages of touchscreen friendly 'Hot Cues' to instantly recall any state or sound can be pre-programmed. 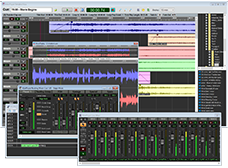 Audio playback can be automated, with an offering of 64 'Players', each of which can be programmed to Play, Stop, Fade, Pause or Resume many types of audio files, to any suitable output devices installed on the system. Players include a waveform viewer to edit start and stop points as well as set loop markers and event trigger positions.

Complex sequences of wave files can be mixed and layered easily using the Live Mixer module, which can control the level and pan of any of the players at any point in time, as well as traditional mixer features such as Solo and Mute to fine tune and diagnose problems in a mix. The graphical timeline view allows visualisation of audio within a cue in a maner similar to a standard DAW for quick adjustments at rehearsal time.

Audio can be routed to up to 64 independent output channels, either directly or via a player routing mixer, adjustable on a per cue basis. 'Image' groups can be stored for use throughout the show, ensuring consistent routing and easy global adjustments.. 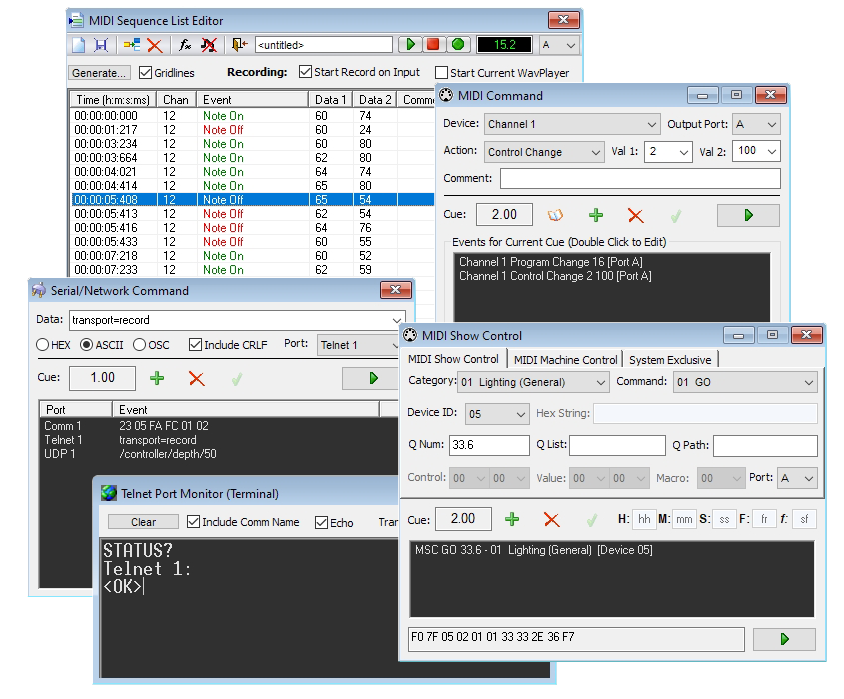 Equipment designed to respond to RS232 Serial commands such as DVD players or video mixers can be controlled from CSC also, the Serial module allowing user defined messages of ASCII or HEX characters to be sent to up to 4 Comm ports on the computer. TCP/IP Network control is possible, sending data to up to 8 TCP ports and messages using the Open Sound Control (OSC) format can be encoded and sent to up to 8 UDP ports. 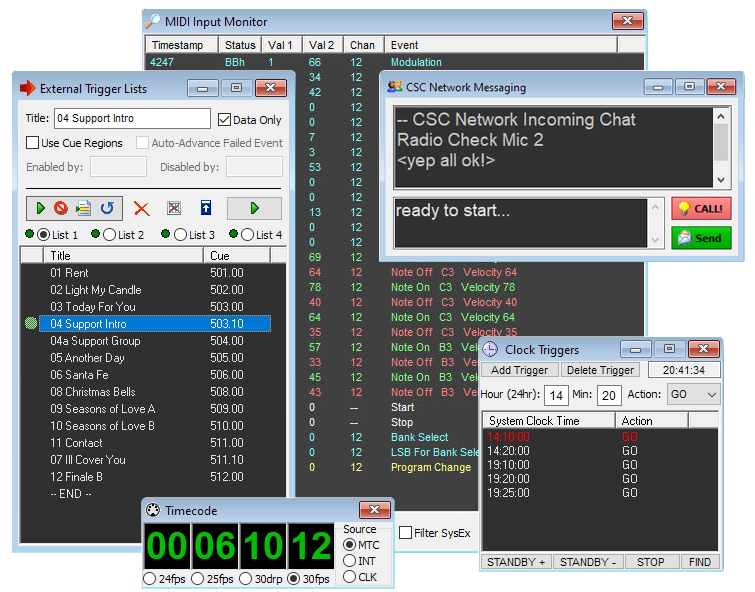 Events can be triggered by remote control button boxes, MIDI commands, TCP/IP network messages, and triggers can even be based on the system time clock. Multiple computers can be networked together to track a master and send network chat messages to each other.

The External trigger list allows 4 additional cuelists to be constructed allowing event triggers such as switches in props or MD click track start buttons to be integrated into the system with ease. All events are safeguarded to occur at the correct time only through the use of cue regions.

CSC has been designed by people who really know the industry, and as such offers a set of features you really need, in an all round easy to use package.